Where to Find Us:

BRING MOUNTAIN DULCIMER PLAYING & BUILDING TO YOUR CHILDREN'S SCHOOLS! Learn how by clicking above on our new ARTS-IN-EDUCATION page! 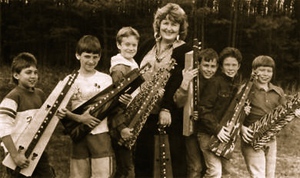 RECENT DULCIMER PLAYING CHAMPIONSHIPS! We've been attending Appalachian fiddle conventions, getting into the roots of the area's music, showing folks what the mountain dulcimer can do, and picking up some honors along the way...

After winning the Galax (VA) & Fiddlers Grove fiddle convention Dulcimer Championships in 1987, Lois did not compete much more until 2014 when she and Ehukai started visiting fiddle conventions. She's honored to have been awarded: 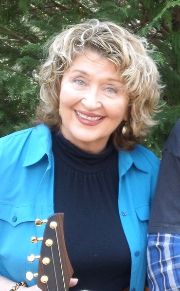 The DULCIMER PLAYERS NEWS has written: “Lois Hornbostel enjoys a well-deserved reputation as one of the most influential mountain dulcimer performers, teachers and organizers in the country … her instruction books and recordings of fiddle tunes, Irish tunes, and dulcimer duets, rounds and ensembles have been an inspiration to an entire generation of dulcimer players.”

For over 30 years Lois has been a student and innovator of mountain dulcimer playing technique and repertoire. She learned to play Southern Appalachian style from traditional North Carolina dulcimer players Frank Proffitt, Jr. and Stanley Hicks, and has won first place in dulcimer competitions at the Galax, Mt. Airy, Elk Creek, Alleghany County, Dublin and Fiddlers Grove old-time music conventions.

The music styles Lois plays on her dulcimer go beyond Southern Appalachian, and she has introduced the instrument's voice in new musical settings.﻿ It's not unusual to find Lois playing her mountain dulcimer with old-time, Irish, Cajun or Scandinavian musicians.

Recordings: Lois's recordings include an "Indie" Award finalist in their World Music category - "Vive le Dulcimer" - and her current CD with International Autoharp Champion Mike Fenton, "A Melodious Meeting." ﻿She has also been featured on several other recordings including "Masters of the Mountain Dulcimer, Volume I" and the "Masters of the Mountain Dulcimer" Christmas album. Visit our MUSIC STORE page to order Lois's current recordings.

. In 1981, early in her career, Lois was awarded the prestigious “Kentucky Colonel” award in Kentucky, for her traditional music, research, books, and organization of dulcimer events.

. See additional list of Lois's musical awards in the What's New column on left side of page.

Teaching & Organizing: A natural and inventive teacher, Lois fills her dulcimer playing classes with good sense, encouragement, enthusiasm and organization. (See our TEACHING page for a list of some workshops Lois teaches.) In 1987 Lois began organizing dulcimer weeks at the university level, starting with the Appalachian State University Dulcimer Playing Workshop in Boone, NC for 13 years. In 2000 she founded the Western Carolina University Mountain Dulcimer Week and produced it for 10 years. Additionally, she was Coordinator of the Swannanoa Gathering's Dulcimer Week for 18 years.

The culmination of all Lois's organizing experience is "DULCIMERVILLE," a weeklong event for mountain dulcimer players of all skill levels, which she began independently producing in 2010 through 2013. To allow Lois more time to perform and teach, weekend events at Dulcimerville will be offered in lieu of one weeklong event. For more details visit http://Dulcimerville.com

Working for the South Carolina Arts Commission, the NC Arts Council, and independently, Lois has conducted arts-in-schools residencies for over 19,000 children. She has a classroom set of dulcimers for each child, and they build 2-3 from kits so dulcimer music can continue in the school. 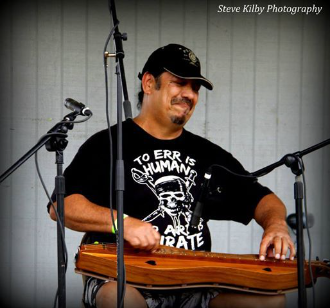 Ehukai Teves was born in Hawaii. His father was an Army medic and his mother an Army nurse. His family traveled the world, living in Hawaii, North Carolina, Okinawa, and the Canal Zone. The family's roots run deep in Hawaiian culture and music. Both of his parents earned "Living Legend" awards – his father for restoring the  historic Kahikolu Church on the Big Island, and his mother for her work in preserving the Hawaiian native language. They also performed throughout the islands, singing and playing the "old-style" Hawaiian music with Ehukai playing bass. Ehukai holds a B.A. degree in Music Theory and Vocal Performance from the University of Hawaii. From his teens he established and led working bands in Panama and Hawaii, and he has performed with Hawaiian music icons Keola Beamer and Moses Kahumoku. If Ehukai looks a little familiar, you might have seen him as an actor, extra and surfing stuntman on the original "Hawaii Five-0" TV series. He has composed over 300 songs, among them a Hawaiian Grammy winner. Besides mountain dulcimer, Ehukai plays the Chapman Stick, Hawaiian-style ukulele, bass, and guitar.

Here on the mainland, Ehukai met Jean Ritchie, who became a good friend and admired his music. Her influence graced his understanding of Appalachian music and the mountain dulcimer, and Ehukai has used all his band experience to the instrument’s benefit. He developed the "Home-Middle-Outside" system of playing mountain dulcimer in 8 different keys using DAD tuning. He and Lois Hornbostel have combined their substantial talents and experience, playing concerts and teaching mountain dulcimer and ukulele throughout the year, as described on their web site.

Living in the Great Smoky Mountains, Ehukai has been warmly welcomed by old-time and bluegrass musicians. Traveling to Southern Appalachian fiddle conventions to learn tunes, he has been awarded the mountain dulcimer championships at Union Grove (3 times), Fiddlers Grove, Ashe County, Alleghany County, and has placed in traditional folk song and dance competitions as well.

. Years of work on the original HawaiiFive-0 television series as an actor, extra and surfing stuntman. (Image at right is Ehukai as "Rainbow" in Hawaii Five-0. Photo "improved" by Steve Seifert, who added the dulcimer!)

. Regular performer at venues on Hawaii's Big Island like the Full Moon Café, Ehukai has also performed with slack key guitar legends Moses Kahumoku and Keola Beamer in nightclubs and hotels in Honolulu and Las Vegas.

Quote:  At the Midwest Uke Fest a tornado touched down a mile away during Ehukai's evening concert performance. With dispatch, the organizer, Richard Ash, moved the audience to the a secure cinderblock part of the building and Ehukai gave a great performance there. Richard said, "Many performers would have let fear overcome their stage presence, but Ehukai was the ultimate professional - his music allowed the Uke Fest guests to focus on song rather than the storm."